I understand that a lot has changed in the world in the last 60 years, but I'm still having a lot of trouble controlling my disdain and annoyance at the "us white and smart; they native and dumb". The level of condescension for native spiritual beliefs as dumb childish superstitions while upholding the resident priest with his spiritual superstitions as rational and somehow more intelligent is nauseating.

Also the shock the is expressed that the natives retain the knowledge about the great statues and myths is beyond arrogant. I'm also super angry about the way they "stole" lots of family heirloom items from the natives and justify their "looting" as science.

I keep having to remind myself that the book is OLD - historical in and of itself; written by a man born in 1914 - 3 years before women here in Ontario got the right to vote.
Posted by Gingerspark at 3:00 pm 2 comments:

Happy all the holidays I missed.

Sometimes I go about pitying myself, and all the time I am being carried on great winds across the sky.
~ Chippewa saying, translated by Robert Bly


Hello again.
I've been gone awhile.
I've put the above saying here as a reminder to myself and anyone who wants to hear the message.
No matter how badly we think we have it, there is always someone in a worse spot. Conversely, no matter how good we think we are there is someone, somewhere, who is better.
But mostly everything is awesome.
Posted by Gingerspark at 1:31 pm 1 comment:

Labels: being all positive and cheerful, quotations, quote, real life

O CAPTAIN! My Captain! Our fearful trip is done;
The ship has weather’d every rack, the prize we sought is won;
The port is near, the bells I hear, the people all exulting,
While follow eyes the steady keel, the vessel grim and daring:
But O heart! heart! heart!
O the bleeding drops of red,
Where on the deck my Captain lies,
Fallen cold and dead.
~Walt Whitman
Posted by Gingerspark at 2:47 pm 1 comment:

Did You Expect to Find Answers?

This installment is part of the Immanion Press blog hop, a short piece that's a sequel to my story, Agunua, which appears in the Para Kindred anthology. See the Immanion Press Facebook page for more details. Also, I'll post my secret question below, so if you visit the Facebook page, you'll see details about a prize to be won (valid for June 2014).

****
It Is Not That Simple
I was standing on the bow of the small ferry. It was a perfect place to watch as the ferry entered the port. Beyond the port I could see a good-sized town with clean white buildings and bright terracotta tiled roofs, and in the distance beyond the town, steep hills with farm terraces. Being in the bow also prevented me hampering the activity of the ferrymen. Yes, men! The crew was all human.

For the past two and a half years I’d been pestering everyone I could about the Atavastic pearls. I wanted to know everything; who, why, how. Even in the academic and healing communities not much was known about them; they were merely unfortunate anomalies and few had actually studied them.

I had spent a lot of time with Ari’s brother, Sky, and the two other Atavistic individuals living among the human tribe on my home islands. While they had done their best to answer my questions they were simple fishermen with no real interest in the answers to the bigger picture questions and universal meanings that I sought.

Early on in my quest for information I’d reconnected with my former school roommate Ethylios. He had been fascinated by all things human and now found it slightly amusing that I was now obsessing about the Atavists. “Always late to the party” he’d joked as we first met in this office.

So here I was sailing into Turaplı the main town on an island which was an Immanion Protectorate inhabited primarily by humans and reportedly the largest Atavist colony anywhere.

“So, you’re the Atavist expert”

I’d hopped off the ferry with a sense of ease and confidence; something I got the feeling these humans expected, but did not always appreciate. Now sitting across the desk from Yavuz Egemen, the Governor of this colony, and meeting his icy stare, my self-confidence seemed to ebb. I squirmed a little.

“If by “expert” you mean I spent time gathering all the information regarding atavists into one place and then read it then I guess I am the harish version of an atavist expert.”

Governor Egemen had eventually warmed to me personally if not to my cause. This solidly built man with steel-grey hair and a trim white beard was less interested in the physiologic implications and spiritual mysteries of how and why atavists were appearing and more concerned with their rights within a Wraeththu-dominated world and the tendency of families to force the young into inceptions.

Over the course of my afternoon with the Governor my hopes of his endorsing my investigations had been somewhat dampened but I had gained a more empathetic perspective; these individuals were not guinea pigs eager to join me on my quest for understanding, nor were they anxious for an explanation for their condition. These were individuals living lives and fighting the stigma we Wraeththu had associated with their existence. I had come as a self-appointed crusader of sorts and now had my perceptions “right-sized”.

Branka Radomira owned both the café in which I was now sitting and the Bed and Breakfast next door in which I was staying. She was a formidable creature; tall and angular with piercing blue eyes and short thick hair that stuck out in all directions as if it had a mind of its own. She was brusque and direct and bore an expression of perpetual annoyance. I could tell she was rather suspicious of what business a har had with the Governor; she had kept fairly close to our table during lunch and I have no doubt she overhead much of our conversation.

I'd been sitting under the blue and white awning of the café patio watching dark stormy clouds that were rolling in since I had lunched with the Governor. I was thinking. Politics is not my thing – I’d made my bid for politics in the halls of an elite Healing Clinic a lifetime ago. That part of my life was very over. But Governor Egemen was all about the politics. I had done my best to steer away from the political into more biology and healer-friendly topics. As he knew little of this line of inquiry, I had lucked out; Governor Egemen had invited me to accompany him to a hospital tomorrow and would introduce me to an atavist healer who combined traditional human medicine with more natural and harish techniques.

“Why do you care?” Branka was vigorously scrubbing the table next to me. Her abrupt question cut through my musings.

“I'm a healer. I seek to understand and to help heal and prevent suffering.”

“Heal the Atavists? Or do you mean prevent the suffering of harish parents who keep having more of them?”

“Ouch” I responded as neutrally as I could. “I am interested in the why and the how. Aren't you? How do two hara produce a progeny that is compatible with humans? I find it fascinating. I am intrigued also by the why. Why does it happen? And why has it been happening with increasing frequency?”

“I'm not and it isn't” she replied curtly as she straightened up. “I am not interested, and the occurrence of atavists is not increasing in frequency.”

I opened my mouth to say something but she cut me off.

“Same number as there always was. Just more of them choosin' to stay as they was created. That's the big epidemic – atavists choosing not to be ashamed of who they are. We have a right to existence.” Her chin jutted out in defiance.

“We?” My jaw dropped. “You're an Atavist? How can you be? You're female! None of the literature mentions female atavists.”

She snorted. “No doubt. You lot hatch out a Kamagrian and perhaps the family can spin it into a good news story. If you get a male-gendered atavist, you can be quiet and incept him when the time is right. However, if you get a female-gendered atavist? That’s really freaky!” She shook her head. “And in answer to your next question: I have no idea.”

“You were going to ask what happens if a male and female gendered atavists reproduce. I don't know.”

“Sort of.” She grinned as she spun one of the chairs around, straddled it, and sat so that its backrest rested on the edge of the table. “But only the stuff that is right out there in front. Kamagrian are more adept at certain things – female atavists are also a bit ‘more’ than males. We have to stay ahead of your kind.”

“I'd only heard about your kind anecdotally, it wasn't until I moved to where I live now that I actually met one of you. Where I live atavists are content and we live side by side relatively peacefully. Are we really that bad?” I wanted to know.

“You can be. Difference is usually seen as undesirable. It is hard when you can't help being the one that's different” Branka sighed.

We spent a long time that afternoon talking. Branka told me about her experiences growing up and the isolation she had felt. She described some of the challenges and discrimination that others here on the island had faced. I began to understand why these people were more interested in politics than in my medical enquiries and their metaphysical purposes.

“As a whole,” Branka concluded, “you Wraeththu can be pretty arrogant for a race that was engineered as a part of an inter-dimensional spat. No one is perfect, and yet we're all perfect as we are created. Know what I mean?”

I had enjoyed a lovely dinner at a fancy restaurant a few blocks beyond the central administrative offices and now, as the darkness fell, I found myself back at the bed and breakfast leaning against the patio wall and watching a thunderstorm far out across the sea. Distant rumbles of thunder mixed with the sounds of someone inside doing halting scales on a piano.

Thinking about how we Wraeththu treated the Atavists and the humans made me feel uneasy – there were too many parallels between how humans had treated those with skin tones different from their own, or those whose spiritual paths were different, or those who were attracted to their own gender – we definitely thought of ourselves as superior to the humans, but were we? Having read the literature and spoken to our Wraeththu experts I knew where our thoughts lay, and now I was learning the same story from the Atavist point of view. But instead of making things clearer, listening and learning about both sides of this story only made me more curious and more inclined to believe that there was more to the Atavist story than ‘both sides’.

Secret Question: What type of farming does Tobian see evidence of on his arrival?
Posted by Gingerspark at 2:24 pm No comments:

None of us are going to make it out alive but,

You woke up every morning last year ALIVE! That alone made it a good year.
~Anonymous

Keep up the good work!
Posted by Gingerspark at 9:44 am 1 comment:

If you light a lamp for someone, it will brighten your own path.
~The Buddha


I think most of the world has forgotten this. We're too worried about the economy, war, celebrities, and "dissing" people who don't agree with us, and getting ourselves to the front of the line. 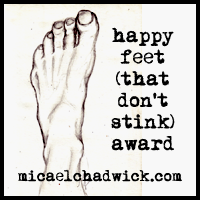 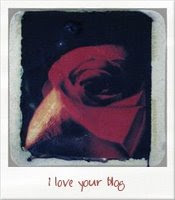 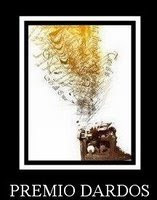